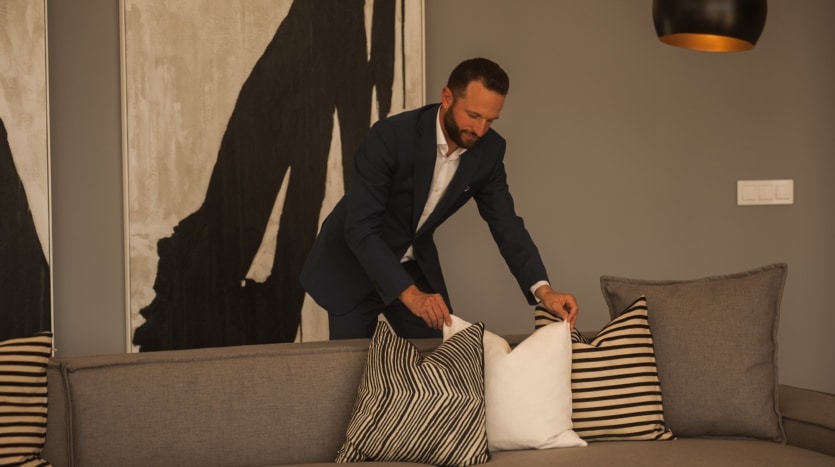 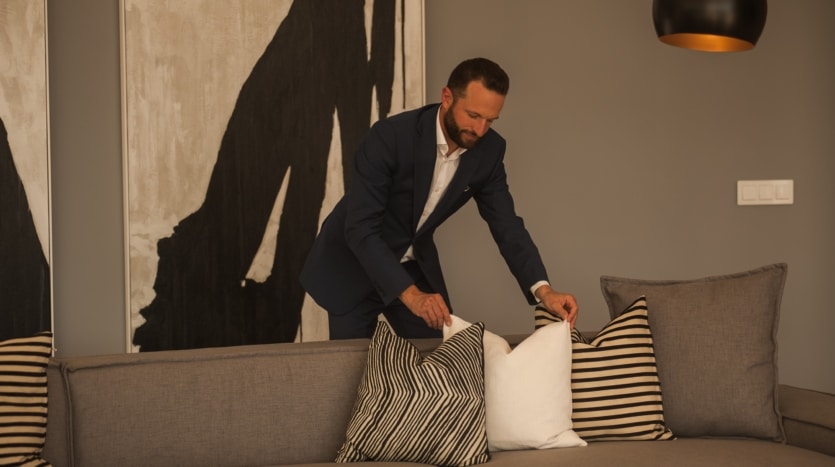 Luxury estates, private jets and champagne: for years a German has been working as a private butler for the richest of the rich in the world, most recently in New York. Daniel Rudolf will not be able to make it to the interview until half past nine in the evening. He has already worked more than twelve hours - and yet he still notices every discrepancy around him. “There’s a wave on the carpet, I can’t see this.” The 37-year-old from Worms worked as a butler for the richest of the rich. If you don’t have an eye for detail in this business, you won’t get far, says Rudolf. His two mobile phones are on the table in front of him. One of them is private, while on the other his employers can reach him around the clock.

Daniel Rudolf started as a cook. “My mother was a very good cook, but she didn’t let me so often in the kitchen.” So Daniel Rudolf organized his way into other kitchens and completed an apprenticeship in a restaurant in Worms. “I made schnitzel and stuff. At that time I thought I could cook, but later I worked in Michelin-starred restaurants and today I know: I couldn’t cook.” After his apprenticeship, Rudolf wants to see more of the world, cooks on a cruise ship, in London, in Ibiza and in St. Moritz - until finally, through the mediation of a friend, a princess hires him as a private chef.

The son of a trained pharmacist and a car mechanic, he is just in his early 20s - and suddenly finds himself in the world of a rich, older princess. “I was suddenly in a completely different environment in terms of manners. It was hard, but I learned a lot - etiquette, anticipation, thinking ahead. How to open a car for a lady, what position to stand in to reach out to a hand, or how to walk up the stairs with a lady - in front of her when running down the stairs, and also when running up if she stumbles.

Daniel Rudolf’s tasks suddenly go far beyond cooking, which he enjoys. “I got into it because people noticed I was flexible and interested in other things.” At the British Butler Institute in London he took a further education course and was then recommended from one rich family to another. Daniel Rudolf does not mention names - after all, discretion is the most important thing in his business. In addition: thinking ahead, planning ahead, flexibility. “And very important: laughter. People don’t want to get up in the morning and look at a grumpy face. I already have laugh lines, but that’s part of the job.”

With and for his employers he travels to more than 40 countries and looks after their luxury cars, private planes, yachts and estates - from the USA and Europe to the Middle East and the Caribbean. In 2015 he will be working for a Swiss-British family with three small children in New York - for four months at a time, seven days a week, 14 hours a day, then two months’ holiday.

For his employers, the 37-year-old, who describes himself as a “modern butler” and “nanny for adults”, organizes their entire lives and fulfills their wishes: recruiting, hiring and training staff, checking the wardrobe for order and quality, booking children’s activities, shopping for food, clothes, cars, household items and gifts, replenishing the wine cellar, organizing parties and holidays, flower decorations, chauffeur services and much more. If necessary, Daniel Rudolf also cooks or looks after the children himself. In the morning he takes them to school and kindergarten, then he goes through the house. “I check the cupboards and the cleanliness. Each wardrobe has its own coat hangers. Are all the suits there, is everything sorted by color? Is everything washed properly? Are the socks folded properly? I know every pair of underwear.”

Daniel Rudolf has been doing his job for about 15 years now. He is considered one of the best in his field. But: The butler has had enough of travelling. This year, Daniel Rudolf started his own company “Xclusive” in the segment of house management in Mallorca and has now settled in Mallorca all year round. The customers can choose between the Xclusive Care Package, Xclusive Platinum Package, Xclusive Signature Package and thus make use of his unique service. We will be happy to establish the contact for you!