MOKE – the first e-bike from Mallorca 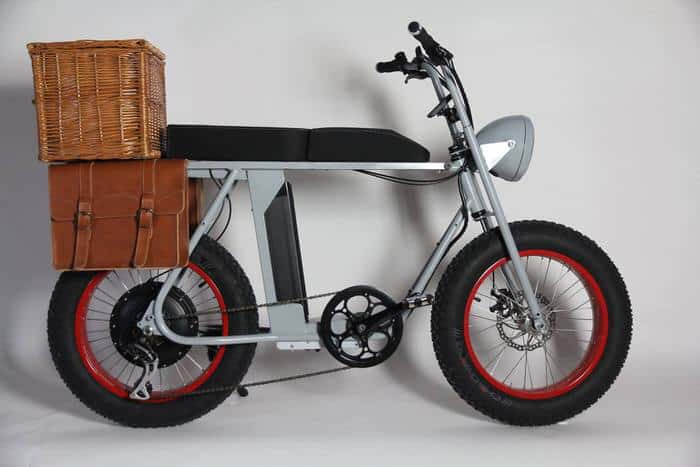 MOKE – the first e-bike from Mallorca

We recently introduced you to the e-bike shop and bike rental Urban Drivestyle in Palma. The goal of the cool bike store is to bring a new and exciting urban and electric mobility concept to Mallorca. Now the guys design and build their own urban utility e-bike, called MOKE. We talked to the founder Ossian!

Why did Urban Drivestyle build their own e-bikes?

Actually, the idea was quite simple. Philipp wanted to go to the beach with his girlfriend and all his volleyball equipment. E-bike nice and good, but then he needed two, and even a trailer. There must be a better way, he thought and built the first MOKE. However, his girlfriend wanted one, and the whole team of Urban Drivestyle as well. Thus the project urban utility e-bike started.

What is the urban utility e-bike MOKE?

The MOKE is a strong, robust and cool multi-purpose e-bike. The design combines the ruggedness and versatility of a moped with all the advantages of an e-bike: the super-long saddle allows a passenger or child to be carried along, versatile load carriers for front and rear provide storage space for shopping. And still, it’s fun driving!

What are your plans for MOKE?

First of all, we will use MOKE in our own shop for rental. Our e-bike is comfortable, practical and safe, and it’s a lot of fun. There is no better vehicle to rent out. Furthermore, we already have sales partners in the Canaries who also use the MOKE for rentals. We also want to sell the MOKE and produce it here on the island in series. Just yesterday we launched our Crowdfunding campaign on Indiegogo and already sold bikes for almost 20,000 euros and reached 80% of our campaign goal. A good start.

Christmas 2021 on Mallorca – the Christmas markets at a glance